Could the Palestinian Pound be re-introduced in the current DAO revolution?

Dear people, I have an idea to revive the Palestinian pound as a crypto currency 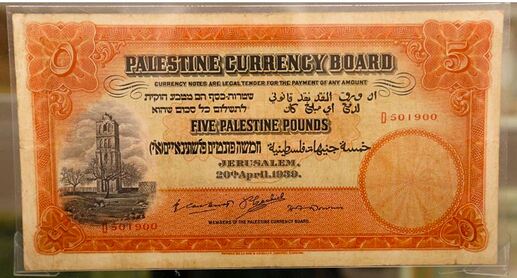 After 1951 the Palestinian pound was abolished and replaced by the Israeli pound or Lira in 1952.

Is there an opportunity to work with others on an idea to start introducing DAO in my own village of Abassan in Gaza as a start ?

I need your knowledge and support to introduce the idea in Abassan. Who knows, maybe with the DAO we can contribute more slowly to the independence of Palestine per village, city and region.

Your ideas are most welcome.

For inspiration I add a few photos of Palestinian Pound that does not exist now.

Thanks for the attention