Before starting this is not a formal proposal. It’s only to have some feedbacks and see if there is any traction and interest

Unfortunately the answer was negative

Discord - A New Way to Chat with Friends & Communities

Discord is the easiest way to communicate over voice, video, and text. Chat, hang out, and stay close with your friends and communities.

This was an excellent idea. And We should not forget it. But as a direct collaboration seems complicated we can try something else.

For those who don’t know, and to make is very simple, Gitcoin is here to help people involved in the ecosystem. Other users can make donations and help them to start or develop a project.
A lot of users didn’t really care (now with airdrops it chenged…) , because most people are here to make money and don’t care about the tech behind. But this kind of initiative is essential. Without those people, working to develop new protocols, tools, other users won’t be able to make money …

One way to gain visibility thanks to Gitcoin is to become a matching partner. I guess, for this round it’s too late now. And it’s something the DAO should discuss in advance, as you have to put a nice bag of $ on the table.

The idea would be to make donations and give some $DOUGH or Pies. We could either send it randomly and target as many grants as possible. Or we could also do it carefully and target devs, projects around DAOs, people involved in communication/marketing/ onboarding. It’s something the community can decide.

Also, when you make a donation you can add a small message. So it could be a nice way to nicely “promote PieDAO”.

Finally, and it could be a nice bonus. More and more projects realize aidrops to users who made a donation using Gitcoin. I’m not saying we should do it for this reason. But we can also imagine that tokens, collected though those aidrops, can then be swap for $DOUGH (or something else), and then be used for community contests for example. So you give, you receive, and you give back to the community.

It can help to gain visibility, and it can help to recruit new talents. It will also show that PieDAO has a nice spirit and is built around the community in general.

To gain visibility you can make an airdrop, random people will receive some tokens, and you hope they will see it and then check where it comes from (not very effective IMO).

You can make an airdrop like Badger,Mask… and give some tokens to people who made a donation using Gitcoin. In that case you will gain A LOT of visibility. But you also attack all sharks, and most people will only join for a short period of time, and sell tokens they received. So it’s nice, for a marketing POV, but i’m not sure if it helps to build a strong community. It can be useful when you start a project, but for PieDAO I’m not sure.

And finally you can “airdrop”, make a donation only to a few people. You will gain less general exposure of course, but then you are also sending another message to the community

What do we need ?

I guess not much. If we make small donations 5-10$ each, with 5k we can already fund a lot of grants. (keep in mind than small donation or most often better than big donation with the quadratic funding.

Should we do it ? 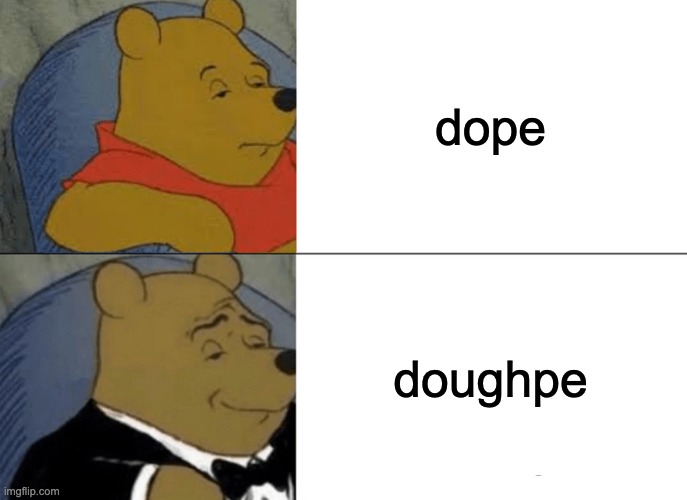 I added a poll ! so people can give some feedbacks

@Cryptouf I think this is a great idea. The airdrop angle gives good incentive as well, but in general it’s a good way to network and get PieDAO and DOUGH into the minds of influential individuals who are developing new projects.

I would vote yes once the proposal is formalized.

Yep aidrop is also nice. But I think it’s better when you start a project. In our case the DAO is already here, we have member, so it’s more a marketing approach and maybe also attract some talents. And i guess an airdrop is more complicated to organize.

If you have any ideas about budget and people/projects to target please let me know. I’ll try to write the formal proposal before the end of the week

nice idea, Gitcoin is the place for community to gather & the grants round are a big event now in the ecosystem. Do you have a link for this?

nice idea, Gitcoin is the place for community to gather & the grants round are a big event now in the ecosystem. Do you have a link for this?

Bottom of the first message . It’s still an “informal” pool. Need to write a formal proposal

I think this is all about creating the best network affect. Gitcoin is an incredibly important space. Word of mouth is still considered the best type of reference. If we invest in the Gitcoin community we will touch those people and the people around them. However, I don’t know if giving away DOUGH/Governance is the best course of action. I think if we created a liquditiy pool Stablecoin/high liquidty token, or maybe use the idea behind Pool Together…we could then use the revenue from those assets to seriously donate and benefit from the tax implications.

However, I don’t know if giving away DOUGH/Governance is the best course of action. I think if we created a liquditiy pool Stablecoin/high liquidty token, or maybe use the idea behind Pool Together…we could then use the revenue from those assets to seriously donate and benefit from the tax implications.

yes true maybe a piece of pie would be better . don’t know what is available in the treasury for this kind of things.

Don’t really know what you can do with Pool Together ( can you explain ?).

But yes we can definitely think about a long term campaign on gitcoin. This one is more something easy and quick as the next round is starting in a few days and I really like Jnova’s proposal and what gitcoin is doing.

Having the treasury match donations is cool too.

Possible future idea: figure out a way for DAO member donations to be matched at a higher rate?

A piece of Pie is, imho, the better way to make people discover PieDAO. You can match donations and/or do an airdrop (if that’s the idea) to people who donated to certains selected projects

Having the treasury match donations is cool too.

yep. But this would be for the next round if we want to be matching partner

Possible future idea: figure out a way for DAO member donations to be matched at a higher rate?

Is it possible ? The DAO can vote for X specific projects. or as i said above , only target a category .

A piece of Pie is, imho, the better way to make people discover PieDAO. You can match donations and/or do an airdrop (if that’s the idea) to people who donated to certains selected projects

Not really. The idea is to help the community (gitcoin) , not members of the DAO. So not to aidrop to people who donate.

Pool together raffles off the interest weekly as a price to everyone who provides liquditiy. You provide liquditiy and you get basically a raffle ticket back. You can Withdrawal your money at any time, but you lose your raffles for the pool that week…

How this applies to us:
Maybe as a community we can eskrow $25 each and use the interest to raffle out to emerging projects on Gitcoin weekly.

Idk if there is a possibility to do airdrop derivatives or synths of the pool as well.

How this applies to us:
Maybe as a community we can eskrow $25 each and use the interest to raffle out to emerging projects on Gitcoin weekly.

ok I see. So in that case it’s users of the community who are involved and help the protocol. My idea was more to use the protocol treasury to finance it

i came up with another thought that if you wanted to be able to vote, then you would have to stake 50/50 ETH- Dough to this community interest pool. This pool provides entry into DOUGH, collected fees and interest go to projects we want to promote. I don’t think it has to be a huge amount of money to get young bright people thinking about PieDAO. Could go further then Gitcoin, and contact a University. Some kids only need 80k to finish college.

Let’s keep scholarship for an other discussion. This one is using treasury to fund projects on Gitcoin

I agree with Lui. Seems like a good idea. I will vote for it when formalized.