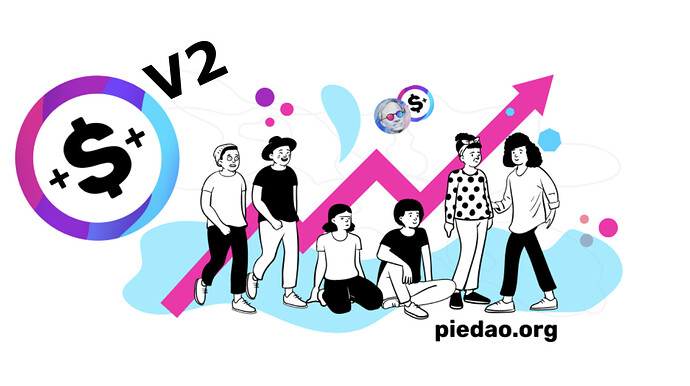 USD++ it’s a stable coin pool where weights are determined by volatility to the peg, trust minimization, and market risk.

This V2 is an evolution of the previous proposal which used an equally weighed allocation.

There is a variety of different stable coin on the Ethereum Network, some of those are centralized and rely on banks and custodian services, others are algorithmically managed and trust minimized.

Some stable coins, particularly the decentralized one, are often inefficient in keeping the peg to the dollar because of the soft-peg to the dollar which means they sometimes trade at a premium or at a discount compared to the price of the dollar. 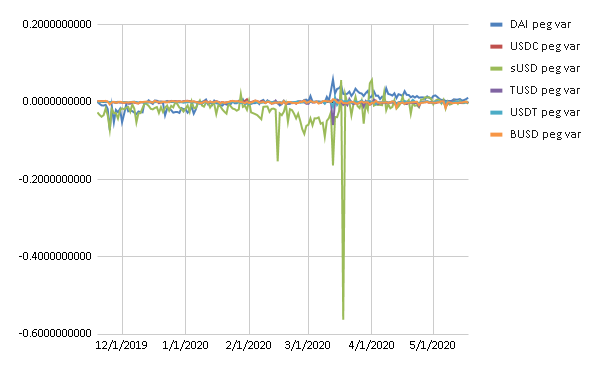 The deviation can happen both sides, DAI for instance, has recently been trading at a premium on the DAI/USDC Coinbase market, sometimes up to 12% for a little while. Chart.

Deploy a USD Stablecoin Only Pie called USD++ which holds a set of different representations of USD in the Ethereum network.

The weight function of USD++ would take into consideration a number of different factors including the volatility compared to the peg of $1, trust minimization, and market risk.

A combination of those different factors seems to resonate with the vast majority of the people, particularly for long term holding of a cash position.

The following section of these post presents a scoring system which aims to distill those factors in a way that can be used to determine the weights of USD++.

This section aims to start a discussion about a scoring system designed to be used for the weights function of Pies.

The PieDAO DeFi Scoring System aims to be a tool of investigation regarding different aspects of tokenized assets used within a Pie.

Specifically for USD++, the focus is on Volatility, Trust minimization and Market Risk
Each of these factors is then expressed in percentage point in the final model which determines the weights of USD++. For now, it looks like this: 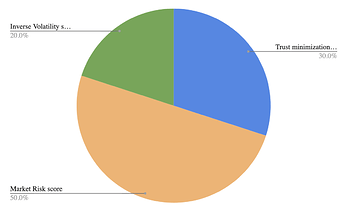 Volatility for stable coin matters, it’s the main reason why the industry had to make them considering assets like Bitcoin are more volatile that any normal human being can be okay with. However, how much it matters is a function of how long you are going to hold the stable coin.

In that use case, using DAI or USDC does not make a difference, the only thing that matters is that the market for that coin is liquid enough for you to swap your positions, for this reason, USDT is currently dominating the stable coin market, even if low reputation in the industry. 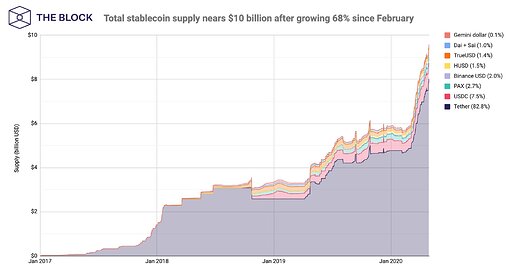 As milkyway16 pointed out:

If we assume the trust leads to a fixed amount of risk of the value becoming 0$ every day and the risk of the peg almost stops increasing after a certain time. 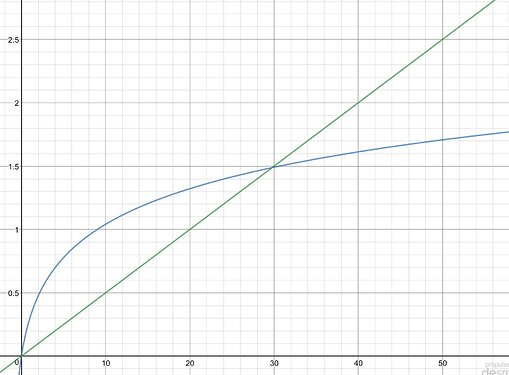 Medium holding timeframes is where the comparative importance of low volatility around peg vs trust (security) is the highest, as represented in the matrix below.

The Volatility Weight function used in USD++ is designed for medium/long holding of a cash position, it leaves space for normal price fluctuation of a specif stable coin as long as the peg is re-established during a reasonable timeframe (max 7days, considering to go for 3).

How does it work

For instance, assuming a starting allocation of USDC / DAI / sUSD which relies ONLY on the Inverse Volatility Score that would look like this:

Medium / Long term holding does not only requires a tight peg, it also requires confidence that your money is not going to be seized or taken away from you. For these reasons, centralized solutions might suffer from censorship as governments are becoming more mindful about the role of such coins. The majority of stable coins are already under scrutiny by the Financial Stability Board, including popular ones as USDT, USDC, TUSD, PAX, and DAI. It’s reasonable to assume that centralized ones would be more likely to be stopped first. The less trust needed the better.

The Score Parameters proposed are very much open to discussion, I believe improving these number will be a continuous process across the PieDAO community.

The way it works is simple, specif statements are made about the system and a score is associated with that statement. If the statement holds true for a specif coin, points are assigned.

A few notes on definitions:

The “legal attack vector” is represented by having a legal structure (company/foundation) which can be compelled to act by governments in combination with shutdown functions, upgradability, or whitelisting abilities.

The “High severity events” is represented by any events involving user’s funds lost. The MakerDAO Black Thursday is considered as such, as well as the Synthetix Oracle Incident.

Going back to our example before, assuming we would use only the Trust Minimization score for the allocation, it would look as such:

DAI comes out with a smaller weight that some people might expect, as a matter of fact, without the recent Black Thursday it would have had the greater weight (>45%).

For market score, I’m using the AAVE risk framework for the time being as I think it represents well the risk based on volume and market cap. If you didn’t yet, please learn more in their docs.

Back to the example before, assuming we would use only the Market Score for the allocation, it would look as such:

Below you’ll find the final allocation by putting the 3 factors together, personally I believe this model, while not perfect, it’s good enough to spin up the pool of USD++ with a first version of the weights.
Quarterly update of the index would allow enough time as a community to refine and debate the specifics of the different risk parameters and end up reaching consensus of the next version of the scoring system and therefore of the weights.

Special thanks to @gabo for helping with the model

This is really through and thoughtful. It’s great to understand the detailed rationale of how you come up with the final weights proposed. Kudos!

That’s a lot to digest but I like it. TBH I like the Market Score allocation better than the final conclusion.

Following up on the initial idea of USD++ rebalancing to take place every 2 months, here below a proposal based on updated data (Q2 2020) of all its underlying assets, determining the updated factors of the scoring system applied (50% Volatility, 20% Trust minimization, and 30% Market Risk).

This translates in the following scores for Market Risk:

Trust minimization
NO variation vs. previous assessment (note: USDC already had a 0 for their ability to censor addressed).

PROPOSED REBALANCING
Summing up all factors, the new proposed allocation would result like 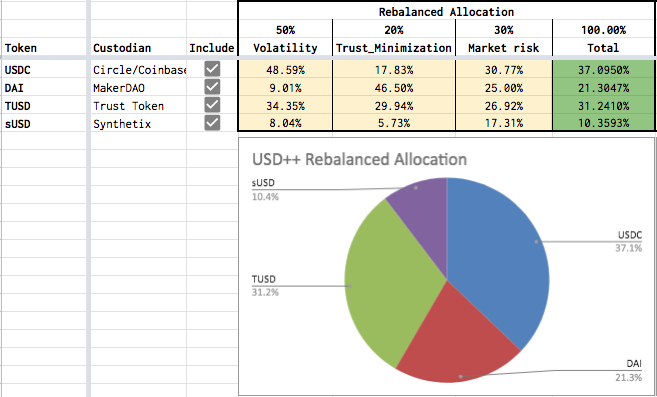 Here for reference the current allocation 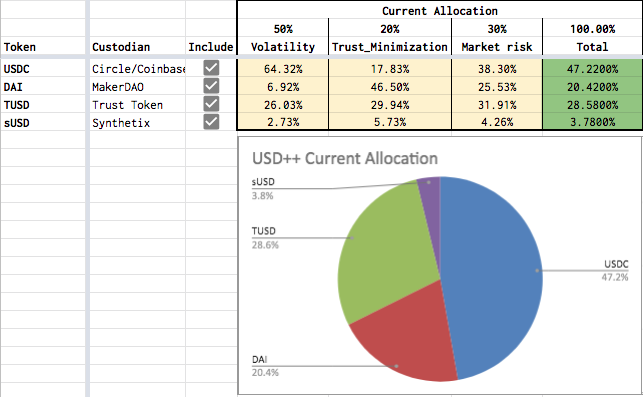 Resulting in the following rebalancing

Here for reference the comprehensive spreadsheet

Great to see more DAI in this rebalancing and less USDC.